Space Angel is an animated science fiction television series produced in the United States from early 1962 through 1964. It used the same Synchro-Vox lip technique as Clutch Cargo, the first cartoon produced by the same studio, Cambria Productions. The series chronicled the adventures of three astronauts who worked for the Earth Bureau of Investigation's Interplanetary Space Force on board the spaceship Starduster: Captain/Pilot Scott McCloud, also known as "The Space Angel" (voiced by Ned Lefebver), Electronics/Communications expert Crystal Mace (voiced by Margaret Kerry), and the immensely strong Scottish born Gunner/Engineer Taurus (voiced by Hal Smith). 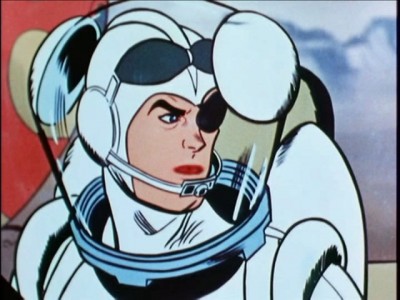 Back to Sci Fi TV Shows