Man With a Camera

(1958-1960) Charles Bronson plays former combat cameraman Mike Kovac, who is now a freelance photographer in New York City specializing in difficult and dangerous assignments. He sometimes gets help, often reluctantly, from his contact in the police department, Lt. Donovan, and advice from his immigrant father Anton. 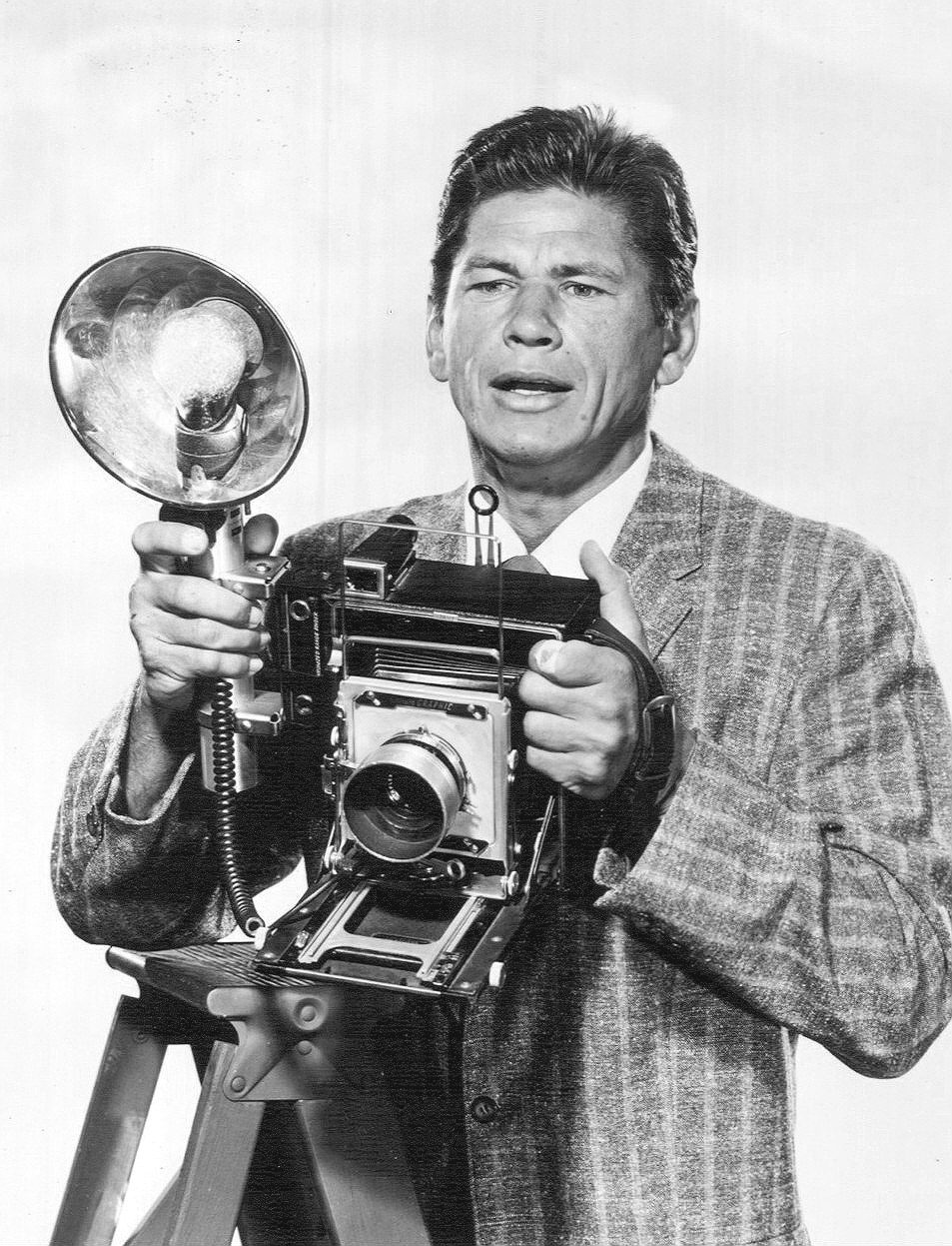 Close-Up on Violence 10/31/1958. After Kovacs films a pretty girl, thugs steal his camera and film.
Profile of a Killer 10/24/1958. While filming a bank in a small town, the bank is robbed and the strange killer takes Kovac hostage.
The Warning 10/17/1958. Kovac endangers his own life when he films a brutal murder.
Second Avenue Assassin 10/10/1958. Kovac prepares to film a champion boxing match, then learns a crooked fight promoter is involved.

Turntable 11/7/1958. Kovac is accused of faking a picture with a crusading senator and two gambling kingpins.
Another Barrier 11/14/1958. While covering a story on a test pilot, both the pilot and plane disappear.
Double Negative 11/21/1958. Kovac takes a picture of a woman who is later reported murdered.
Blind Spot 10/5/1958. When Kovac’s war buddy is murdered in Portugal, he flies to Lisbon to investigate.

The Face of Murder 1/9/1959. While interviewing a condemned killer, Kovac is caught in the middle of a prison break.
Mute Evidence 1/16/1959. When a doctor disappears only his deaf-mute ward has a clue.
The Big Squeeze 1/23/1959. Kovac tries to film a secret meeting of mobsters, and makes friends with a gangster’s girlfriend.
The Killer 10/19/1959. Someone tries to kill Kovac in a small town airport, and the police think it is a publicity stunt.

Two Strings of Pearls 12/12/1958. Kovac comes across a con man who attempts to swindle a dealer out of a rare pearl necklace.
Six Faces of Satan 12/19/1958. While on a police patrol looking for good pictures, Kovac gets invovled in a girl’s beating.
Lady on the Loose 12/26/1958. A rich young woman asks Kovac to help her escape her chaperones.
The Last Portrait 1/2/1959. Kovac goes to film a visiting Arab leader in his hotel room, but finds him dead and himself framed for the crime.

Eyewitness 10/26/1959. Kovac is asked his opinion whether photographic evidence on a suspect is authentic.
The Man Below 11/2/1959. An insurance company hires Kovac to film a supposedly dead man.
Black Light 11/9/1959. The police ask Kovac to film alleged payoffs to officers in a certain area.
The Positive Negative 11/16/1959. Underworld characters are after Kovac’s negative of a photo of a wealthy Texan.

Missing 11/23/1959. While looking for a missing wife in SanDiego, Kovac uncovers a smuggling ring.
Live Target 12/7/1959. The D.A. hires Kovac to protect a witness in a racketeering case.
Girl in the Dark 12/14/1959. A rich man hires Kovac to take pictures of a blackmailer.
The Bride 12/21/1959. Kovac uses his camera to break up a marriage racket that victimizes recent arrivals in the U.S.

The Picture War 1/4/1960. Several murder witnesses meet deadly accidents. Kovacs steps in to catch the killer.
Touch Off 1/11/1960. Kovac poses as an arsonist to catch a gang.
Hot Ice Cream 1/25/1960. Kovac investigates murder in an amusement park.
Fragment of a Murder 2/1/1960. A reformed burglar is framed and murdered at the same time. Kovac helps the daughter.
Kangaroo Court 2/8/1960. Kovac helps protect a movie star from a gang of kidnappers. Last show in the series.